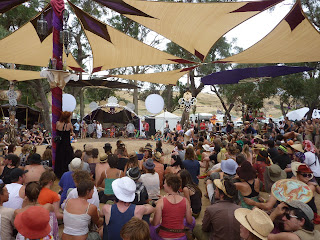 Whilst in Melbourne friends and I spent almost a week at a festival called Rainbow Serpent. It was held in the bush near Beaufort and Ballarat about 2 hours outside of Melbourne. There were lots of DJ’s and a few live acts as well as various performers and entertainers too. 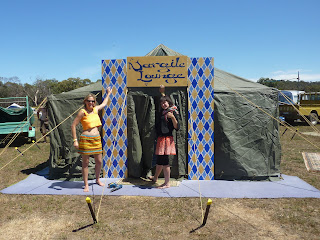 I was part of a group that went and set up a gift economy space called the Nargile Lounge. A lot of the organisers were Burning Man people and this is a concept that is very common at Burning Man festivals around the world. I haver never been a part of something like this though and so was not sure what to expect.

The aim of the Nargile Lounge was to provide a free space for people to come and enjoy and hang out in. Nargile or Nargila as it’s pronounced are hookah pipes, or hubbly bubbly pipes as I call them. We had several of these for people to smoke as well as given out peppermint tea and various snacks like dried fruit, nuts and turkish delight. 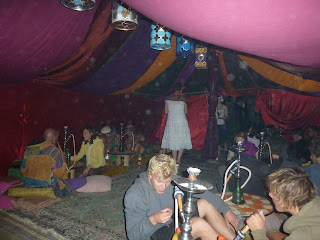 It was amazing to see how much people appreciated the space and were so grateful for the chance to enjoy the tent with us. It made me feel really great to be a part of the team and to be offering people this experience.

The festival was awesome. Some great music was played and I was often found dancing away till the sun rose each morning. There was a huge mix of people at the festival and all seemed to be enjoying their experiences. 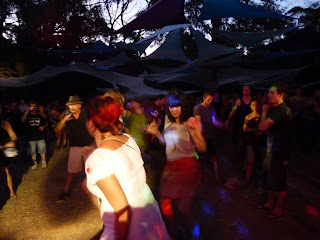 It’s been a long time since I went to a good festival and so was great to let my hair down and enjoy every aspect of it and meet some fantastic people along the way.

Equinox Project – Photos from around the world